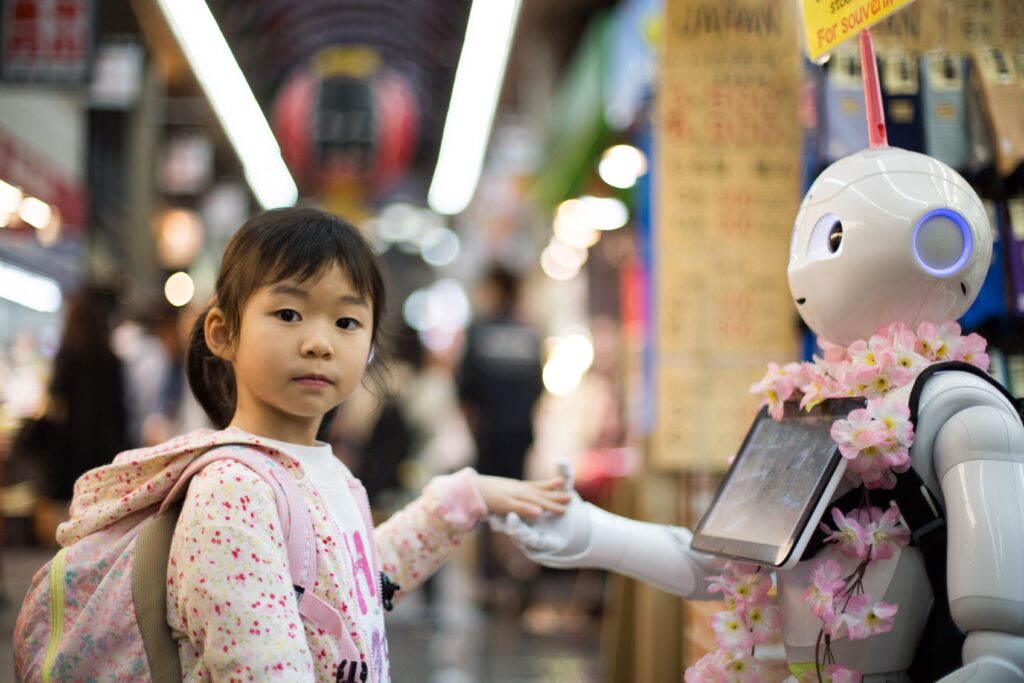 Robots have radically changed the demand for skills and the role of workers in production. This phenomenon has replaced routine and mostly physical work of blue collar workers, but it has also created positive employment spillovers in other occupations and sectors that require more social interaction and managing skills. This study examines how the exposure to robots and its heterogeneous effects on the labor market opportunities of men and women affected demographic behavior.  We focus on the United States and find that in regions that were more exposed to robots, gender gaps in income and labor force participation declined, reducing the relative economic stature of men. Regions affected by intense robot penetration experienced also an increase in both divorce and cohabitation and a decline -albeit non-significant- in the number of new marriages. While there was no change in the overall fertility rate, marital fertility declined, and there was an increase in out-of-wedlock births. Our findings are consistent with the prediction of the classical Becker’s model (1974) and provide further support to the hypothesis that changes in labor market structures that affect the prospects of men may reduce their marriage-market value and affect marital and fertility behavior.

About the speaker: Massimo is a Distinguished CESifo Research Affiliate, an IZA Research Affiliate, a fRDB Research fellow and Research Associate at Dondena Centre for Research on Social Dynamics and Public Policy.
His research is at the intersection of Labor Economics and Education and relies on an intense work of administrative data collection. His main projects focus on the returns to quality of higher education, the determinants of the gender wage gap, the effects of classroom gender interaction on academic and labor market outcomes, the effects of gender of siblings on academic choices and the effects of foreign peers in college on academic outcomes of native students.